A new experimental trial has just been completed on one of our client’s study sites in Lanarkshire. It involves testing the runoff from several areas on which different types of peatland restoration management have been attempted. The various things we are interested in include: nitrogen loads, potassium loads, phosphorous loads, Dissolved Organic Carbon, Particulate Organic Carbon and water colour. The project is exciting because it is the first time that the techniques, which were developed earlier in the project timeline, have been used at a landscape scale – it is quite a sight seeing so much land under restoration management at the one time! 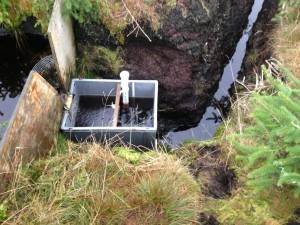 How many deer are there in Scotland?